Forgotton Anne is a beautiful story-driven, hand-crafted 2D cinematic adventure about the Forgotton Realm, where all mislaid items from the human world – old toys, letters, single socks – end up. With the help of the Forgotlings – creatures composed of these mislaid objects – Anne and Master Bonku, the only humans trapped in this realm, are on a quest to find their way home…

Developed by Copenhagen-based ThroughLine Games, Forgotton Anne will be playable throughout EGX on the Square Enix Collective booth, located in the Rezzed Zone. The game will be released on PlayStation, Xbox One and PC in 2017.

Square Enix Collective continues to demonstrate its diverse and quality catalogue of titles, with four additional playable games on the EGX show floor, including upcoming Black The Fall, Oh My Godheads and Tokyo Dark, as well as recently-released The Turing Test.

“Square Enix Collective is chuffed to partner with ThroughLine Games to bring Forgotton Anne to PC and consoles”, said Phil Elliott, creator and project lead on Square Enix Collective. “With its striking mix of Japanese-influenced animation, strong narrative-driven gameplay and world-class musical score – courtesy of the Copenhagen Philharmonic Orchestra’s game debut – we’re sure Forgotton Anne will impress gamers throughout EGX and all the way to next year’s launch”.
-END-

Creative control and all IP rights are retained by the developers. 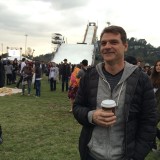